Big Trouble In Little China for All Seasons 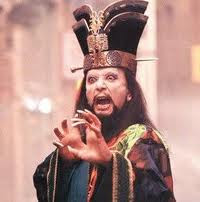 It's a truly good day indeed when I have the chance to whip out some dialogue from Big Trouble In Little China. And that day was yesterday.
My wife and I were attending a friend's wedding (yes, the Cylon banner wedding mentioned a couple of posts ago) in Little China, er, here in Richmond. Among all of the giveaway items and nick-nacks and plates and centrepieces, etc scattered around our table at the reception were Jenga blocks. The newlyweds had left Jenga blocks for all of the guests, not to keep as souvenirs, but rather for the guests to write words of wisdom on and leave for the happy couple to read during Jenga games in the future.
Let's not even get into how many Jenga sets they'll probably have, given the number of blocks they needed for all the guests, or the rather tricky metaphors that might present themselves when the concept of a marriage is tied up with a block game that's designed to have only one winner and to fall apart more often than not.
I don't remember exactly what my wife wrote on her block... something on each side, I think, with advice for him to make her happy and advice for her not to make a doormat out of him.
But sitting there thinking about what words of wisdom I might have for the couple that were short enough to be scribbled onto a block, it didn't take long before I decided to draw from the ultimate well of inspiration. My choice:
"You were not put on this Earth to 'get it'." (paraphrasing Lo-Pan's line: "You were not brought upon this Earth to 'get it', Mr Burton." to fit into the limited space)
Words to live by in any situation, but applicable in the context of marriage in that, as all of you who are also married know, sometimes the motivations of one's spouse can be clear as mud, but you just have to go with it, 'cause that's the way it is. Also vaguely appropriate because Lo Pan uttered them himself on the day he intended to be married.
Now if you'll excuse me, I've got to go and eat a left-over wedding bun.
Posted by Robin Shantz at 6:20 PM No comments:

The Vancouver Sun's website has a short article, some photos and a short video clip from this past weekend's VCon 36. Nice to see the con got some media attention, though, speaking as a communications professional, it would have been better if they'd been able to put out a stronger hook that would have attracted the local TV stations, or if they'd pitched the right angle to garner some coverage ahead of time, which would probably have increased attendance.
Incidentally, I sat near the girl in the manga cat outfit in one session the other day, and she looks that good in person and has clearly put a lot of hard work into making a costume that's fairly close to the original. That being said, my friend Nicole Yamanaka, a cosplay veteran, made a version of the same costume that was a lot more detailed and accurate, though fairly revealing and probably not something that would be comfortable on a cold October weekend. No, I'm not going to attach a pic.
Posted by Robin Shantz at 6:00 PM No comments:

And They Have A Wedding Plan 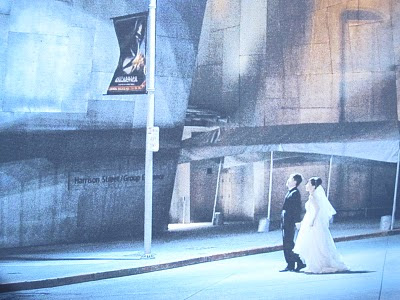 of an unexpected sci-fi surprise this afternoon when I went to a friend's wedding: a Cylon. Or, at least, a Cylon on a street banner in one of the wedding pictures.
After the ceremony a bunch of us were walking through the venue's foyer to the reception hall, and along the way we had to pass one of the wedding pictures (shot way ahead of time last winter, I believe) blown up, printed out to look like a painting, and mounted for everyone to look at as they went by. At first we murmured the usual "oh, that's nice" comments, and wondered which building and street were featured, etc. But on closer inspection, one of my friends said "Hey, there's a Cylon on that sign!" We couldn't believe it at first, but leaning in and peering at it for a second, we realized he was right. 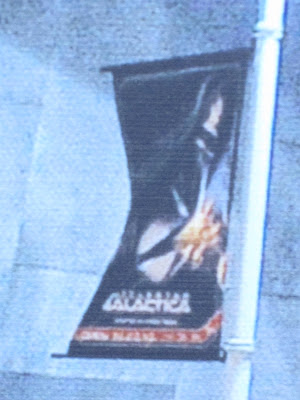 Problem is that neither the bride nor groom are big SF fans, and there's no indication that they followed Battlestar Galactica when it was on. So what's a Cylon banner doing in one of their wedding pictures, and one that they liked enough to pay to have painting-ized to show off for generations to come? And what would a Cylon banner be doing up in Metro Vancouver (where the bride lives and the wedding was held), especially when it's been a couple of years since the series came to a close?
Well, to make a long story short, last winter when they'd arranged to bring in some hotshot celebrity photographer from Hong Kong he'd been denied entry to Canada and sent back to Seattle where his connecting flight had originated. Not wanting to lose him, they'd changed plans, packed up all the wedding garb and driven south of the 49th to do the shoot in the Emerald City. They went to a lot of locations downtown and around the market, so we figure this street must be in the vicinity of the Science Fiction Hall of Fame. Can't be entirely sure since I haven't made a pilgrimage there myself yet, but there wouldn't be any reason for the city to have a Cylon banner displayed anywhere else. Our bet is that they didn't even pay attention to what was on the banner when they took the shot - it was probably done for artsy-fartsy reasons like lighting and the shape of the building, etc. Our young newlyweds probably picked the photo for similar reasons, not even realizing they were inadvertently flying a pretty obvious freak flag.
No point in explaining it to them, since not being fans and not following Western culture much, they wouldn't really get it.
Still, as a science fiction fan - and a BSG fan in particular - I'm fairly pleased at this accidental geek-0ut. You just never know when SF will quietly insinuate itself into the every day activities of the mainstream.
Posted by Robin Shantz at 2:34 AM No comments: 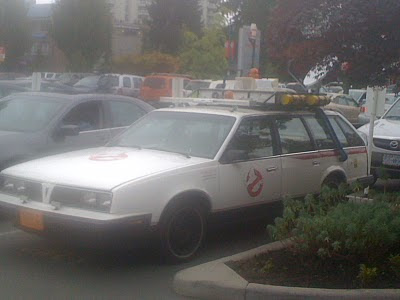 Forgot to mention an odd conversation today in the previous post:

At the end of the closing of the Opening Ceremonies today, some guy came up to me as I was heading for the door and said: "Hey! Did you know you look exactly like Gordie Freeman?!"

I'm not really a gamer, so I didn't know about Dr. Gordon Freeman from "Half-Life".

He went on to talk about how I apparently resemble Freeman in this way or that way, and gave me a brief background of the character as scientist and badass.

Badass? Well, I look like a fatass, but certainly not a toughguy.

I did a quick web check a couple of minutes ago and I really don't think I look like Freeman, but I've decided to take it as a compliment.

Posted by Robin Shantz at 3:37 AM No comments: