Stay tuned for more "Voice of the Fans" episodes in the weeks ahead, as well as our regular, full-length interviews!


Let the Invasion begin!
Posted by Robin Shantz at 6:56 PM No comments:

Interview on Story In Mind Podcast 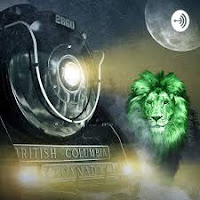 This is  coming a little late because I've been so busy lately, but Moss Whelan recently interviewed me on his podcast, Story In Mind, and I wanted to pass along the link. We talk about what's good in speculative fiction these days — especially stories from Canadian authors — as well as podcasts we like, and the state of VCon (the annual Vancouver Science Fiction, Fantasy and Gaming Convention).

Moss is a fun, intelligent and engaging interviewer, and I hope you have as much fun listening to the episode as we did sitting down for a chat one drizzly evening out at UBC. But forget my blathering, you should be listening to Story In Mind anyway!

Posted by Robin Shantz at 5:58 PM No comments: