Author and podcaster Minister Faust returns to lead the Invasion once again in the season 3 finale of Invaders From Planet 3! We talk about The Coyote Kings vs. the Myconauts of Plutonium City — his new, serialized novel — and his plans to unite all of his stories within the single, overarching MFU (the Minister Faust Universe). As part of this, we also discuss why he decided to keep this instalment in the adventures of the Coyotes in the 1990s, rather than bringing our heroes up to date.

Minister also shares some of his thoughts about writing, including mining old, half-developed ideas for material that can be refurbished and combined with other content into something new and compelling; how a writer decides when a story's time has come; and how deciding to publish a new novel as a serial, rather than a single, finished book, is a source of pressure, but also offers a lot of positive opportunities. He talks about the importance of letting the real world provide the conflict in a story, rather than its artificial elements. He discusses how to expand the focus of the story to give supporting characters time at centre stage, without losing the thrust of who the story is really about. And he explores the reality of being a creator in a world where writers (and other artists) have to consider expanding their work into other media platforms, and thus need to always be ready to make a pitch.

Along the way, we talk about the current Golden Age — or Gold Rush, as Minister suggests — of television. We also take time to debate the movie adaptation of The Martian. And we discuss why British TV productions are often more interesting and entertaining than their Hollywood counterparts.
Minister also teases some of his upcoming projects, including a novel about Dread Scott Jahplin (one of the supporting characters in The Coyote Kings vs. the Myconauts of Plutonium City), and a new novel called Shango, God of Thunder City.

Our interview took place in February, 2019, via a Skype connection between his headquarters at The Grand Lodge of Imhotep in Edmonton, and my studio in the lair of bloginhood, currently located beneath a small island in an ornamental duck pond in that new condo development just down the street.

You can learn more about Minister Faust and his stories on his website:
ministerfaust.com

And you can listen to his podcast, MF Galaxy, on various platforms, including his Patreon site:
https://www.patreon.com/mfgalaxy


Let the Invasion begin!
Posted by Robin Shantz at 10:52 PM No comments:

My Nominations for the 2019 Hugo Awards 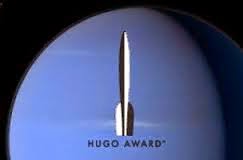 Last night I got my Hugo nominations in with about three minutes to spare. With everything involved in my recent move, as well as everyday life, I just haven't had the time lately to consider the awards, never mind vote in a timely fashion. It was only the reminder email from the awards committee that came around that spurred me into action. To be fair, I didn't read as much new stuff in 2018 as I normally like to (consequently there are a large number of categories I've left blank), but I figured I'd nominate what I did read that really stuck out for me. Here's my two bits (listed, in each category, in no particular order):

They Promised Me the Gun Wasn't Loaded by James Alan Gardner

The Freeze-Frame Revolution by Peter Watts

Gods, Monsters, and the Lucky Peach by Kelly Robson

(No nominations in this category.)

(Feeling really guilty about this, but no nominations in this category because I didn't read many new short stories in 2018.)

(No nominations here because, unfortunately, nothing that I read in 2018 really stood out in my memory [and, in all fairness, I don't think I read widely enough last year], and I think it's kind of in poor taste to nominate one's self, so I didn't nominate anything from my blog.)

(No nominations here because, although I read a few graphic novels last year, I don't think any of them were published last year for the first time — they were probably collections of comic issues published the previous year.)

(No other nominations because even though I saw a few other new sf films in 2018, I didn't think any were award-worthy.)

The Terror — "The Ladder"

Watership Down — "The Siege"

(No nominations because, sadly, I don't pay attention when a book is edited properly, only when it's edited poorly, and that's a shame because editors who do a good job deserve recognition.)

(No nominations. See above, although in the past I have nominated for this category if an anthology has been especially good; it's just that last year I didn't read any new anthologies.)

(No nominations. Didn't read/look at anything new.)

(Normally, I would have also nominated The Three Hoarsemen, but I don't think they put out four episodes last year. I also didn't nominate my own Invaders From Planet 3 podcast because, as stated above, I'm uncomfortable with the idea of nominating one's own work.)

(No nominations because nothing I read in 2018 stood out in my memory, and I think it would be in poor taste to nominate myself.)

(No nominations here because, at 3 or 4 minutes to the deadline and with a million other things on my mind, my brain just wasn't processing the rules around eligibility enough to make sense of them. In retrospect, there might be a series or two that I could have nominated, but it's too late to go back and change things now. Oh well. It's kind of a weird category anyway.)

Now, whether enough of the rest of the voting Worldcon membership agrees for any of these nominations to make the final ballot remains to be seen (they often don't), but even if they don't, I think it's important to give a shout-out to what I think is the good stuff.

Good luck to everyone!

Posted by Robin Shantz at 9:16 PM No comments:

Comic book artist Dan Schoening joins us for this episode of the Invasion. Dan talks about some of his genre first loves that influenced his decision to become an artist, including the 1980s video game Dragon's Lair, Disney's Alice in Wonderland, and various Saturday morning cartoons.

He discusses how he initially studied animation before turning to comic artistry, and how a project with Cereal Geek Magazine's James Eatock that ultimately didn't pan-out opened the door for Dan to work with IDW. From there, Dan tells us about working on IDW's Ghostbusters for the last seven years with writer Erik Burnham and colourist Luis Delgado. He shares his thoughts about having a team that can read each other's minds, flushing out the look of the Ghostbusters world by adding Easter eggs, how to keep things fresh and not get bored after a long story arc, and the importance of planning ahead.

Dan also teases a couple of projects he's got on the go for 2019, as well as his upcoming appearance at the Ghostbusters Fan Fest in June.

Our interview took place in late October 2018 via a Skype connection between Dan's home on Vancouver Island, and my studio in the lair of bloginhood, currently located in a geodesic dome at the bottom of a side canyon in the Valles Marineris on Mars.

You can find Dan's art in issues of IDW's Ghostbusters in your local comic shop, or on his Instagram page at:
https://www.instagram.com/dannyschoening/


Let the Invasion begin!
Posted by Robin Shantz at 5:57 PM No comments: