Goodbye and Thank You, Kit Reed 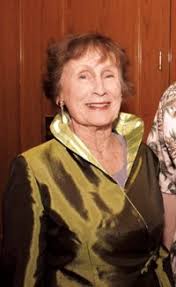 Sometimes life pounces on you like an automatic tiger.

On Sunday, I'd just finished writing something for a client and decided to catch up on gossip on Facebook. A minute after logging in, it felt like I'd been kicked. My wife, hearing me say "Oh no", came in, and asked what was wrong. Kit Reed had died.

The news, posted to her feed by her son Mack, was that she'd gone in her sleep, at 85, after a battle with brain cancer.

Kit was one of my favourite authors. There are a lot of writers whose work I like. There are a few I absolutely love. Beyond that, there is a select core of absolute favourites — the ones whose work penetrates the deepest, and resonates once it gets down there so hard that it rewires my brain. Authors whose books are so damn good that I'm willing to push just about everything else on the to-be-read pile out of the way so I can crack them open as soon as they're available. Kit was one of those.

My first encounter with her work was her novel Thinner Than Thou, probably back in 2006. I don't recall whether I read about it online, or if it just caught my eye on a shelf at the bookstore, but the title just grabbed me, and after devouring the first page, I had to have it. The frankness, the cynical humour, the unflinching examination of what makes people tick and the hypocrisy of society and its portrayals of — and judgements of — weight and body image, the intelligence of the book, and its ability to be deeply dark while still allowing the possibility of hope and redemption were all served up masterfully. The descriptions of a landscape overrun by suburbs and identical mini-malls conjured up the Pretenders' song "My City Was Gone" as the relentless soundtrack to the Abercrombie family's trek to rescue Annie. William Gibson may have talked about the post-industrial tech midden of the east coast sprawl in his cyberpunk novels, but Kit's endless strip malls, though more tame in appearance, were more apocalyptic for their visceral, banal realness and inevitability.

After that, I snapped up every Kit Reed book that I could find.

It would be easy to talk about Kit as an author in comparison with literary giants of the past. She was as incisive as Thackeray, with her surgical dissection of American upper-middle-class individuals in their suburban community in Son of Destruction being as keen as the examination of its Victorian England counterparts in Vanity Fair. Their masks, self-delusions, hypocrisies, crimes, weaknesses and flaws laid bare and catalogued, the characters are then probed deeper for possible (but not guaranteed) signs of hidden strengths or redemption. In her collections The Dogs of Truth and The Story Until Now, she sometimes conjured images as soulful and melancholy as anything from Poe or Hardy. And, in everything she wrote, Kit had the ferocious, merciless wit of Twain. But her voice was all her own. Even when she played with different styles of writing, skipping gleefully and unpredictably between subjects as varied as rampaging giant babies, nocturnal visits from zombie princes, the hunts of feral girl scouts, and the hijackings of entire towns to pale alternate dimensions, you always knew you were reading a Kit Reed story.

There were two tropes in particular that were hallmarks of her stories: the transformation of banal settings into the surreal; and the notion that it's inherently dangerous for an individual to be completely isolated from a group, even if that group is itself in a dangerous situation or place, or making questionable choices. We see these tropes come up again and again in her work, especially her novels, from the theme park secretly doubling as a reality show in Magic Time, to the disease outbreak at the private school/mountaintop prison in Enclave, to the various types of hauntings taking place at the family home/trap in Mormama. Each time, Kit would pick up these tropes and re-examine them from different angles in an attempt to reveal something new and interesting about human beings, and how they behave and see the world — and each other — from within and outside of groups.

Over the years, I had the pleasure of getting to know Kit a little beyond her stories. It started when Mack came across an online review I'd written for one of her books, got in touch, and connected me to her via Facebook. She was warm, sharp, funny, and genuine, and I always enjoyed chatting with her about her stories (I still remember one day when she mentioned someone was trying to get Thinner Than Thou banned from some school somewhere in America, and I replied that it should be required reading — especially at the high school level) or what made a con just the right size to attend, or reading her posts about everyday life — from heading out to the matinee to catch some over-the-top popcorn flick, to baking for company, to the continuing adventures of her little dog, Killer.

It was also an honour and a real pleasure when I had the chance to interview her for an episode of my podcast, Invaders From Planet 3. We talked about a lot of things — the stories that were early influences, her career as a journalist, her own writing — but I think my favourite part of our conversation came near the end when we talked about comics. I listened that episode again the other day when I was in the car, and you can hear her just light up and get so excited talking about Preacher and other comics. Those are the kinds of moments that turn an interview into a delight.

And then the news came down that she was gone. No more new Kit Reed stories to challenge and entertain us. No more warm, thoughtful personality for the rest of us to orbit, whether at the distance of the internet, or — for those luckier than I, who knew her as a friend, family member, or mentor — more closely in person at her home, the university, or cons. Sure, there are other intelligent, entertaining authors who are great people to get to know, but the speculative fiction community is still diminished because she is gone. But then I look over at my bookshelf, at all of her wonderful stories waiting patiently to be revisited, and I think how lucky we all were to experience her work, and to get to know her as a person, if only for a while. And I'm grateful for that.

Posted by Robin Shantz at 7:49 PM No comments:

In this episode, we're joined by author Kelly Robson. We talk about her first love in the genre, Star Wars — how it was big, exciting and sexy, but also an escape from family drama at home; and what it's like to look back on the movie now as an adult and a professional speculative fiction writer. We talk about other early sf pleasures, like the original Battlestar Galactica; books by Piers Anthony, Anne McCaffrey, Elizabeth Ann Scarborough, and others; and the genre magazines of the 70s and 80s. Along the way, we also discuss the early superhero Zorro (and specifically the George Hamilton movie Zorro — The Gay Blade), and why you may have to read Heinlein before a certain age in order to enjoy his stories.

Turning to her own career, Kelly tells us how the Connie Willis story "Blued Moon" reprogrammed her brain and made her want to become a writer. She talks about the positive aspects of starting her career in middle age, and how, despite writing being a selfish line of work, she's still able to be happy as an author married to another author. We also talk about how growing up on a farm in a small town in rural Alberta has influenced her work.

As well, we discuss Kelly's unique suggestion to resolve the Sad/Rabid Puppies controversy that wracked the Hugo Awards in 2015 and 2016.

And Kelly tells us about some of her recent stories, including "A Human Stain" on Tor.com, and her contribution to the Kickstarter project NASTY — Fetish Erotica for a Good Cause.

Our interview took place in December 2016 via a Skype connection between Kelly's home in Toronto, and my studio in the Lair of bloginhood, located in the rafters of an abandoned whisky distillery in the Highlands of Scotland.

Find out more about Kelly Robson on her website:
kellyrobson.com


Let the invasion begin!
Posted by Robin Shantz at 8:08 PM No comments: